What Exactly Is Standards Based Education? 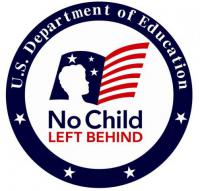 When students, parents, and educators alike hear the word "standardized" most think of a fill-in-the-ovals multiple-choice test that is viewed as a judgement of a student's academic worth. Though standardized tests have become a staple of U.S. education, they are neither the end, nor the means, of standards in education. The education reform of the past twenty years in the U.S. has sought not to implement standardized tests, but to ensure a standard education is accessible to all students everywhere. A standard, such as the gold standard in currency, is merely a frame of reference for comparison. It is an established norm against which other things of similar form can be equitably compared. In the case of currency, paper money was manufactured and could hold any denomination of the maker's choosing; however, comparing currency to a designated amount of gold ensured that a similar amount of paper or coin would always be the same no matter where it was tendered. For education, a set of curriculum standards assures that students are learning the same content in the same way, but necessarily with the same lessons. The idea is to ensure students all achieve the same academic end from their education independent of the instructional means. More simply, standards-based education is an agreed upon doctrine of what to teach and not how to teach.

The idea of standards in education is nothing new. The Society of Jesus, e.g., the Jesuits, back in the late 16th century created a document called the RatioStudiorum. That document served as a set of standards that defined what teaching and learning would look like at all of their Jesuit schools around the world. Montessori schools followed a similar effort in standardizing education in the late 19th century. The purpose of standards for the Jesuits and Montessori was, and is still to this day for all standards-based schools, to ensure that all students are getting a similar educational experience in what they are taught.

U.S. schools began to undergo widespread standardization in the 1990s an effort to respond to a 1980s report that the U.S. schools were falling behind those of other countries. This process underwent three major iterations: America 2000 (George H. W. Bush administration,) Goals 2000 (Bill Clinton administration,) and in 2001 the most recent No Child Left Behind Act (NCLB) of George W. Bush’s administration was adopted. Following from inspiration overseas in France and Great Britain, the U.S. NCLB Act sought to ensure that all students were receiving a high quality education in public schools by highly qualified teachers. School performance would be measured on students’ success on standardized tests, and the results of student testing would be reported to serve as basis for school improvement. Ultimately, the nature of the NCLB Act, and standards-based education in general, is well intentioned and seeks to provide all students a great education.

The education reform of the standards-based movement in the U.S. seeks to provide more detailed feedback on student, teacher, and school performance to all the stakeholders. This can better inform decision-making practices from all areas of a school district and community. Additionally, at a larger scale, regional, state, and national results from performance with standardized education can be used to inform policy and funding decisions. All around, the intention of standards-based education seeks to provide more information to help everyone involved in students’ education to do the best that they can.

An approach to instruction, assessment and grading known as the standards-based learning approach can help all parties involved in a student's education achieve success. By outlining what the learning objectives are for students, e.g., standards, and designing instruction to help students reach those learning outcomes, students can be guaranteed to get a standard education anywhere. Traditional grading, however, does not provide quite the right amount of feedback for students, parents, and teachers about a student's performance with those content standards. When you think of a grade of "C," "B+" or "A," it may mean different things in different places to different individuals. This necessitates an assessment system that directly measures student performance with the learning objectives, but also a grading schema that gives more detailed feedback about the level of mastery a student has achieved with the content. In this way, external behaviors and any non-assessments of learning are removed from the grade, thus a student's grade in a standards-based system can more accurately reflect what they know.
Just as schools need more detailed feedback on their students’ performance to improve their teaching practice, students at the classroom or individual level need more detailed information on their own performance to improve their learning. Standards-based assessment and reporting is a reliable and effective means of obtaining and communicating meaningful feedback about student learning. It helps to keep students focused on learning and makes their own learning more transparent, accessible and attainable. With the right feedback, students can be empowered, just as educators are by data, to self-reflect, change and improve. Ultimately, implementing a standards-based approach at the classroom level can positively impact schools in a trickle-up manner. Students begin to connect what they learn with success and not merely what they do. This leads students to become better self-advocates, develop a growth mindset toward their own education, and work with educators to be more successful.
Posted by Gary G. Abud, Jr. at 5:34 PM